The “Payne” Hockey Story Part 4 Across The Pond 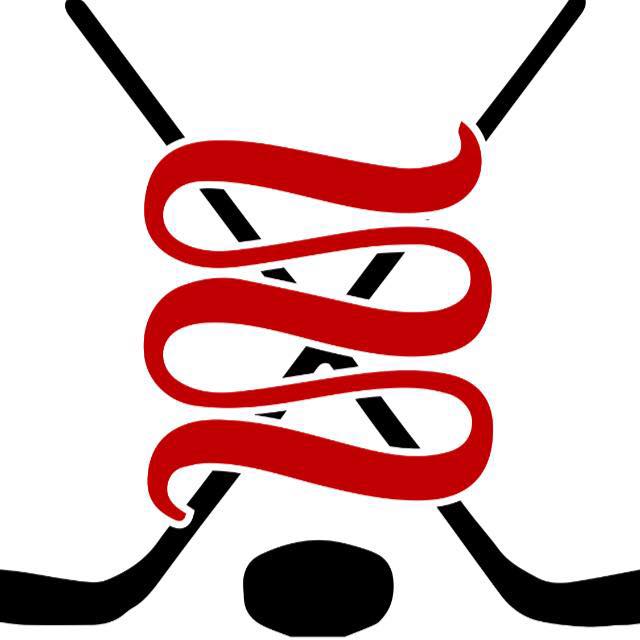 Welcome back readers, It’s been awhile. During this pause , it has allowed me to reflect on this experience a little more and now is the time to take this roller coaster of a journey overseas to a suburb of Paris, France.

Crohn’s and Colitis Disease affects 1 in 5 Canadians.  This auto-immune disease is highly prevalent and commonly diagnosed between the ages of 15 to 35.  There are many variables which are trigger points for feelings of discomfort that lead to internal flare ups and inflammation within the body. For those of you who are unfamiliar with Crohn’s and Colitis disease, factors that can lead to intestinal flare ups include chronic stress, misdiagnosed treatment, and medication.

As mentioned previously in Part 3,  the evening before my flight to France, I was prescribed an additional prescription that was called in last minute by my GI (gastroenterologist) that we picked up on the way to the Vancouver airport.  He advised that this medication would help me function and perform. I was prescribed a corticosteroid called Budesonide. This steroid helps with inflammation in the body and is used to treat mild to moderate Crohn’s disease.  This steroid would not only become consequential to my playing status but also to my general state of health.  Keep in mind, I mentioned that budesonide treats MILD to MODERATE Crohn’s disease to help with discomfort and reduce flareups.    I was soon to experience an acute onset of symptoms which while this corticosteroid medication prescribed was helping me function at the time was damaging my body.  The doctor who prescribed it wasn’t aware at the time of the severity of my condition.

I didn’t share it with my family and although I was adamant I was going to France, there was much uncertainty in my mind moving forward as I was nervous about my health situation.  I did wonder about the severity of my condition. My mother whose career has been spent doing research immediately upon returning from the airport embarked on finding an English-speaking GI (gastroenterologist) in Paris. Her initial research started with reaching out to the Vancouver Chapter of the Crohn’s and Colitis Foundation to identify and source the experts who could provide a referral of a Paris-based GI specialist within their network who they could refer. She was referred to Dr. Brian Bressler who was so helpful and provided us with a referral in Paris. Little did we know at the time the major part he would play.

The severity of this illness came on so suddenly. Within hours of meeting with doctors, I left and arrived in France. I didn’t have time to process my condition, let alone disclose any information to my agent or the team. Once there, I went back and forth debating about disclosing my health condition to the team and my agent OR to keep it under wraps with the hope that I could battle through with treatment until the end of the season.  This alone was stressful.  I was very uneasy as I didn’t even have time to process the diagnosis. Considering I was yet to be introduced to any representative of the hockey club I decided not to disclose any information until properly advised of the next steps once I had my appointment with the GI professional in France. At the time I believed my condition could be medically managed while still being able to play.

After a long flight, I landed at Paris Charles de Gaulle airport.  I barely slept on the plane. I had discomfort on the plane. I collected my bags, changed my shirt, brushed my teeth in the bathroom and one of the team reps greeted me at the terminal.  A few other players from the team were inside the vehicle who had arrived from other parts of Europe that same day.   Some of them were the new European imports that had just flown in earlier from Czech Republic, Slovakia and Slovenia. The airport was roughly a thirty-minute drive from our destination, a little suburb outside of Paris.  I was exhausted from the flight.  A few introductions and small talk were made between my new teammates and I in the van.  I was looking forward to settling in and relaxing.  I was running on adrenaline.

The team rep didn’t speak English and my French language comprehension was at a basic level. I had studied French since I was a child having taken the language in elementary, high school and for a language requirement in university. A person can study a language in its highest form.   One can learn proper verbiage, develop an extensive vocabulary etc.  but interestingly as I’ve learned since living in other countries, language does not prepare you for the different accents and dialects which are embedded in the language itself.  Aside from basic comprehension and communication skills, I was completely lost in a group setting.  I had no idea what anyone was talking about and some players and team reps did not know much English.  The other European imports who were with this club had played in France for a few seasons and were already culturally acclimated.  The Canadians were French Canadians.  I was the only player on the team who had never played in France let alone in Europe.

I was the last to be dropped off from the airport and the team rep mentioned something about meeting the following day.  He spoke for a couple minutes but that’s the only comprehension I could muster up from the interaction. The apartment had 4 bedrooms but no one was home.  I didn’t have a phone yet but fortunately, I had some sort of communication with an internet connection on my Ipad to touch base with my parents after having landed. After a few hours I received email correspondence from my agent and coach about my living situation and the scheduled meeting point for the first team meeting.  I was to be living with another player and the coaching staff for up to a week or two until our apartments for the season were ready.  They were yet to arrive and were scheduled to land the following day.

The five-week training camp began that week after our first team meet and greet. Our arena wasn’t ready yet so we had training camp in a village about thirty minutes away. We took team vans and set up shop and stored our equipment in the dressing rooms at the arena. The first week we had one on ice practise and a workout every day while the second week was made up of two practise sessions per day which included two ice times and a workout.   Including myself, we had five North American imports, (Two French Canadians, myself from Vancouver and two other players from Ontario). The rest of the import players were from Czech Republic, Slovakia and Slovenia while the remaining spots were made up of French native players.  For the most part it was a good group of guys, but at training camp players are fighting for jobs and roles on the team so as a new face, and a rookie, it takes time to fit in and become acclimatised into a team environment.

As the camp went on, there were good days and bad days.  The “steroids” (I didn’t realise that’s what they were at the time) were doing their job. I was extremely naïve and in hindsight It wasn’t very smart of me to even attempt to play but I was unaware of the extent of my condition.  I didn’t want to worry my family but it was time to come clean to my team about my condition.  I was not performing up to standards.  We would have food catered between ice times but I could barely eat. I didn’t have much pain at the time but was bloated. Looking back the steroids were keeping the inflammation down but my caloric intake and burn was not at the level of a high performance athlete.

The team reps and coaching staff found it strange that I was barely eating after training all day.  I am sure they thought I was a “weird dude”, Does this guy even really want to be here?  I decided to come clean that my condition was a result of my diagnosis of Crohn’s disease just prior to leaving Canada. Although they were concerned about my health, as a rookie coming in on a contract it was not what they wanted to hear.  Teams have limited import roster spots and I was up front with the club that I could manage the condition and it shouldn’t affect my playing ability. At the time I really didn’t know the extent of the severity of my condition and the volatile swings I was soon to experience. I also disclosed that I was on a corticosteroid medication that kept inflammation down in my intestine which helped me play until I sought treatment. I reassured the coaching staff that I had an appointment scheduled with a renowned medical professional in Paris who would be putting me on a treatment plan (or so I thought).  I was still able to perform well enough to be considered for a roster spot. As an import, however, I was not performing up to the standard to fill an import spot but was still being considered . They wanted to see my play out and as I had shown glimpses of my worth as an import. I moved into my new apartment and prepared to head over to Eastern France to a city called Nantes for some team bonding and a Pre-season tournament.