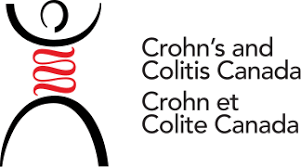 It was springtime, I had returned to Canada after graduation.  Shortly after, late one night, I woke up to terrible pain with profuse sweating. It felt like my insides were going to explode. I woke up my mom and we rushed to emergency where I was admitted immediately into hospital as my blood pressure was dropping. It turned out there was a complication with the valve of the tube. It was closed off which meant the tube was not draining and infection was building up internally. This was extremely dangerous and put my life at risk. The doctors solved the problem quickly, reopened the valve and the infection began to drain again. I was given a shot of morphine and was kept on IV overnight at the hospital to let things settle down. I was thankful I had not been on my own and the hospital was close by.

In the days that followed, I was feeling much better and anxiously awaiting the appointment to have my tube removed and discuss the next steps.  I met with the surgeon who removed the tube and discussed the options of a ruptured appendix (still the diagnosis at this stage).  He advised one option was surgery to completely remove my appendix or no surgery was also an option.  Surgery would require a longer recovery date and with no surgery, he thought this would be fine, but to keep an eye on how I felt moving forward.  If any change were to occur to seek medical advice immediately.  He was aware of my hockey goals as I was hoping to leave the end of the summer.

The weeks passed, I was gaining weight back and more motivated than ever to get back in shape.  I was looking forward to a contract in Europe becoming a reality.  This opportunity was now within reach.  I was inching closer to an entry level professional contract in Europe.

Leading up to my senior year, I had been put in contact by a College teammate’s father, who spent time coaching in the NHL and overseas.  He directed me to an agent in Switzerland. As my father was born in France, I thought an opportunity to play hockey and live in Europe would be a cool experience.  Pursuing North American Pro, unless it was the NHL, was never of interest.  That ship had sailed.  However, here are my thoughts. If you are young enough and would like to experience playing overseas, you need to ask yourself this question.  What exactly is it that you want?  If you are more interested in moving into a top tier league, try to spend a season or two playing in North America to beef up your resume.   If it is an opportunity to travel, learn a new language, experience a different culture then take a chance on an opportunity straight out of university or junior.  With that being said, with unknown variables, we never know how long we can play but at the end of the day – just go with your “Gut.”

For myself, I was more set on a cultural experience.  In order to do this, making a living from the game was a necessary part of my goal. These types of experiences are with you for life.  Aside from hockey opportunities, my EU passport would open up a new world of opportunities as an EU citizen.  I just needed the opportunity…

Well that opportunity came knocking on June 6th 2013.  The same day I went to the French embassy in Vancouver to pick up my passport which had arrived, I was offered an entry level contract for a team in a suburb of Paris, France.  I was 24 years old and ecstatic about the opportunity.  I was going to be venturing outside of North America on my own to actually LIVE in Europe and in Paris!   I signed the contract and was set to fly over August 15th 2013.   My family was extremely proud as my father was born in France.  His extended family lived in the Alsace region of France which borders Germany.

Now It was time to get back on the ice.  My future was set for the time being.  I could begin my training with confidence, reassurance and a clear mind.  I had two months to go. Ex NHLer and Vancouver Canuck Cliff Ronning put on weekly PRO Skates for a few summers at Burnaby Winter Club, an ice rink and club in the Vancouver area.  I was feeling great, skating well and inching closer to my first professional training camp.

At the beginning of August, my family and I travelled back east for a week to visit my grandparents and spend time at my cousins cottage in Ontario.  I was scheduled to leave two weeks later for France. Towards the end of the week, I started to experience some pain. These symptoms were new and different. The pain at school had been dull and constant. I didn’t have much of an appetite, couldn’t go to the bathroom and was in a general state of discomfort.  The pain I was experiencing this time was different.  These pains had come on sudden and were extremely quick and intense but less frequent.  Like a knife was stabbing my groin, lower pelvic and hip region hard and quick, then would let off.  Aside from the infrequent pains which would come and go throughout the day, my energy level and appetite were fine.

We returned back to Vancouver as I entered my last week in Canada.  I began to get organized to pack and finish my last week of skates and off ice training.  During that last week of my summer skates, the stabbing pains were starting to really bother me.    I couldn’t pinpoint the exact location of the pain except now it felt like it was in my bladder. I was starting to get a little nervous. What was going on?  I could still skate and workout without any issues but it really started to mess with my head.  I found it difficult to concentrate on the ice and during my workouts. I was glad that I had two follow up appointments with the doctors. The first was with my GP to get the results of my CT scan.    This was not an appendix issue it was an issue with my intestine. He thought I needed surgery. My mind was racing. I had not expected this. The club had paid for my flight over to France and was expecting me for camp.  He told me it was not a good idea for me to go and thought I needed surgery.   I will never forget this moment.  My mouth dropped.  There is no way this is happening.  I started to get a little agitated.  I was upset. I told him I have worked for this, I am going and had a follow up appointment with the surgeon scheduled that day.

I met with the surgeon who said surgery was not necessary but treatment was. He thought I would be fine to leave but needed to seek treatment for Crohns overseas from a Gastroenterologist.   A Gastroenterologist (GI) is a doctor who specializes in IBS related issues (Crohn’s and Colitis disease).  What the hell is Crohn’s and Colitis?  At the time those words were foreign.  Little did I know, from this day forward, I was going to become quite familiar with them. The only word I heard that resonated was “disease.” That really rocked my world.  I remember my mother saying to take a deep breath and let’s be optimistic.  At the time, my family and I both had no idea about the disease.  It was a disease that we would all become knowledgeable about soon enough.

Later that day, I met with a local gastroenterologist that the doctor called directly to get me in quickly. After reviewing the CT scan further, he confirmed I had Crohn’s disease.  Crohn’s disease is inflammation of the small intestine.  I was adamant I was following through with my plans.  I promised that at the end of the season I would return home immediately and seek proper treatment.   He made it clear it could be managed but I definitely needed proper treatment and medication. He said I could leave but needed to find a specialist in France.  This news was a big relief.  He wrote up some prescriptions to tide me over until I was able to see a doctor in France.

The morning I was leaving, he called to let us know he had called in an additional prescription that would help me function. It was ready for me to pick up on the way to the airport.  I was on my way to France for my first professional training camp….